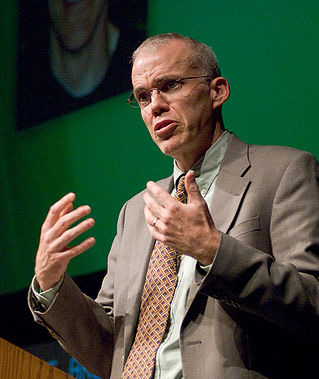 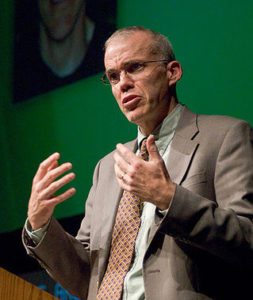 As spring takes hold here in the northeast, our thoughts naturally turn toward the planet. This time of renewal and possibility creates a perfect opportunity to review what we’re doing and see where we might want to step things up a notch. One key area to consider is whether we can take steps to bring our investments into better alignment with our environmental priorities, without compromising the likelihood of achieving our long-term financial goals.

Undoubtedly many of you are aware of Bill McKibben’s vigorous campaign in which he has been imploring investors to remove fossil fuel companies from their portfolios. In November, McKibben and 350.org hit the road for a series of sold-out talks in which he asked everyone to “do the math”. The math he’s referring to is the fact that we need to burn less than 565 more gigatons of carbon dioxide and stay below 2°C of further planetary warming or risk irreversible and catastrophic consequences. The problem he points to is that fossil fuel corporations now have 2,795 gigatons in their reserves (five times the safe amount) and they have every intention to burn them all. McKibben has been arguing that we’re in a climate change emergency and that we face extreme threats to our ecosystems and our well-being unless we immediately begin to drastically cut our carbon use. While there is still a small but extremely vocal group of “climate deniers”, the vast majority of the objective scientific community strongly supports this assertion.

So, what do we do about it as investors? Sustainable and responsible investing (SRI) has typically either used screening or shareholder advocacy to pursue corporate change. Screening includes both negative (exclusionary) screens to eliminate stocks of companies who fail to pass screens on a range of environmental, social and governance issues; and positive screens which seek out companies whose behavior is consistent with a healthier, socially just and sustainably prosperous world. Shareholder advocacy takes the view that our best hope to achieve meaningful change is to own shares of a company and thereby have a “seat at the table” with them. Over time, both of these approaches have experienced great successes but each is best suited to certain situations.

Many industries can be pressured through engagement to reduce emissions and environmental impact, increase transparency through better reporting about their activities, and to acknowledge certain business risks related to climate change. The core business of the fossil fuel industry though is to sell and burn a product that puts the planet and its inhabitants in grave danger. It’s not realistic to think that a multinational oil company could be influenced to want to sell less oil. Similarly, tobacco companies can’t reasonably be expected to want to sell fewer cigarettes. Sustainable and responsible investors have therefore typically chosen to exclude tobacco companies from their portfolios. Many SRI practitioners, including myself, came into this field when divestiture from South African’s apartheid regime was the primary and defining issue. Divestiture was of course a long and difficult process but eventually brought about tremendous positive change. Indeed, Nelson Mandela has commented that divestiture was the key to their ultimate success, and that without it the outcome would have likely been very different.

I believe that the severe threats posed by climate change demand that investors consider divesting from fossil fuel companies, as part of a sustainable and responsible approach. This issue may very well be the apartheid of this generation and our action, or lack thereof, may shape our world for many generations to come. It is important however to keep in mind that portfolios which screen out certain companies or industries behave differently than unscreened portfolios and that these differences are not always predictable. Many academic studies suggest that long-term performance of screened portfolios isn’t materially different than ones which aren’t screened, but in the short run can differ substantially. This being said, the Aperio Group recently published a report indicating that portfolios which excluded fossil fuel companies experienced a very minor increase in risk but no reduction of returns. The Aperio report, titled “Do the Investment Math: Building a Carbon-Free Portfolio”, looked both at the effects of removing just the dirtiest 15 fossil fuel companies (“The Filthy 15”), and removing all fossil fuel companies. Investors should of course do their homework and consider consulting with a professional before making any changes but I believe this an issue that deserves the attention of anyone who believes that climate change represents a major threat to our well-being and is interested in using the power of their investment dollars to bring about positive change.

Harry Moran helps socially conscious investors define and achieve their highest goals by aligning their money with their values. A 26-year veteran of the financial services profession, Mr. Moran has held the Certified Financial Planner® designation since 1991. He is a member of First Affirmative Financial Network, a national professional organization dedicated to meeting the needs of the socially conscious investing community, and a member of the Impact Investing Division of Portfolio Resources Advisor Group, a registered investment adviser. Mr. Moran can be reached directly at Sustainable Wealth Advisors at hmoran@prg- group.net or 518-450-1755.

Mention of specific securities, funds, or companies should not be considered an offer or a recommendation to buy or sell the security, fund, or company. To determine the suitability of any particular investment, please consult with your investment adviser. Remember, past performance is no guarantee of future results and no investment strategy can assure success. The opinions expressed are those of the author and may change without notice. Securities offered through Portfolio Resources Group, Inc., member FINRA, SIPC, MSRB, SIFMA.